Skip to content
According to a Personal Capital and Harris Poll survey, feeling financially healthy means pulling down a six-figure salary.
The survey showed that the average amount American adults said they’d need to earn to feel-good financial shape was $128,000. That’s far from the median U.S. household income in 2020 of $67,521.
The report found that this six-figure number results from a lack of confidence Americans have in their finances and the economy. In the first quarter of 2021, nearly half of Americans (48%) said they felt “very financially healthy.” By the fourth quarter, that had dipped to 34%. Meanwhile, their faith in the U.S. economy is two percentage points lower than a year ago and 12 points lower than pre-pandemic times. 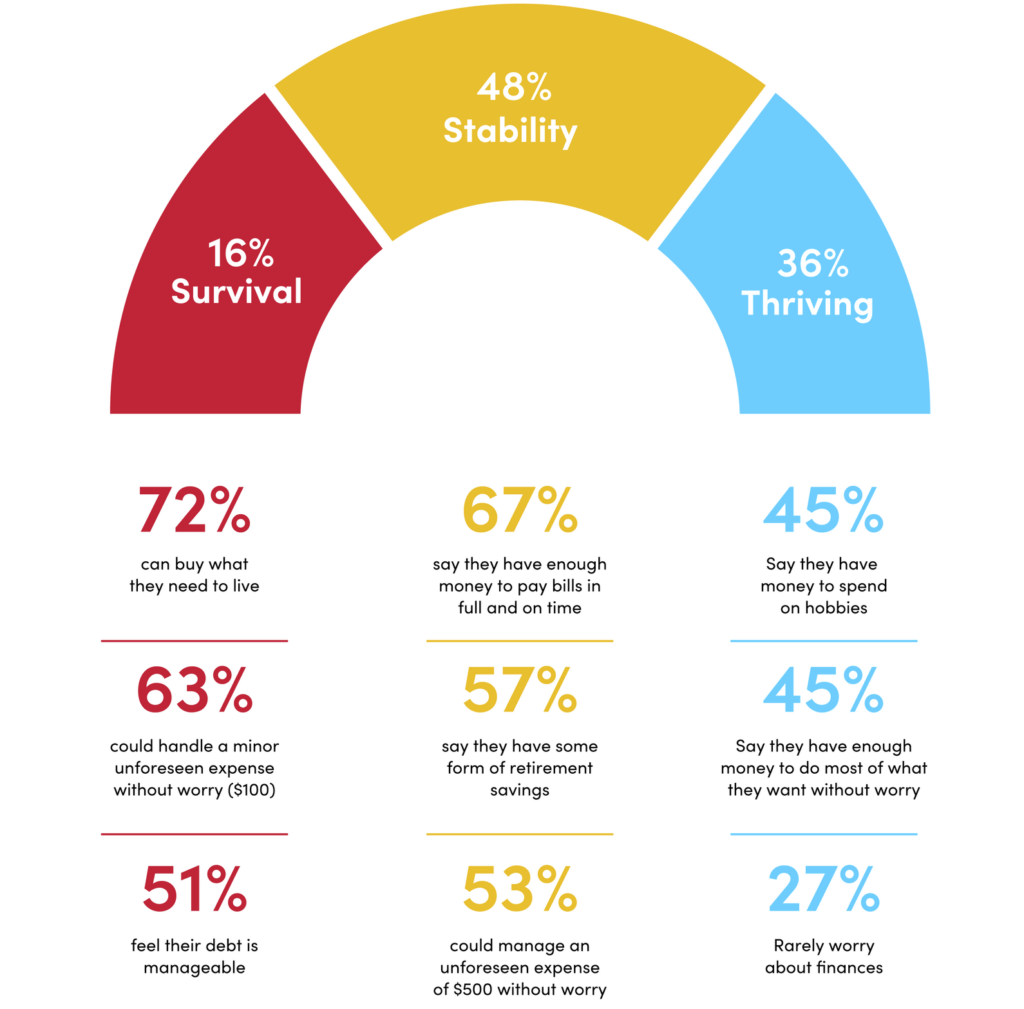 The report attributes the anxious slump to various things: an unsettling year, the rising price of goods and services, and an “explosion of wealth” in the tech sector. The latter was part of a growing inequality gap in which the rich got richer while lower-income workers struggled with job loss and paying bills, resulting in a K-shaped recovery.
The survey also found that Americans are financially stable. About two-thirds of respondents (67%) say they have enough money to pay bills on time, and 53% said they could manage an unforeseen $500 expense without worry. Economists also expect inflation to cool through early 2022 as supply chains heal and demand eases.