At the sector level, the Financials (53) and Industrials (37) sectors have the highest number of companies that cited “recession” on earnings calls for Q2. On the other hand, the Financials (85%) and Real Estate (73%) sectors have the highest percentages of companies that cited “recession” on their Q2 earnings calls during this period. 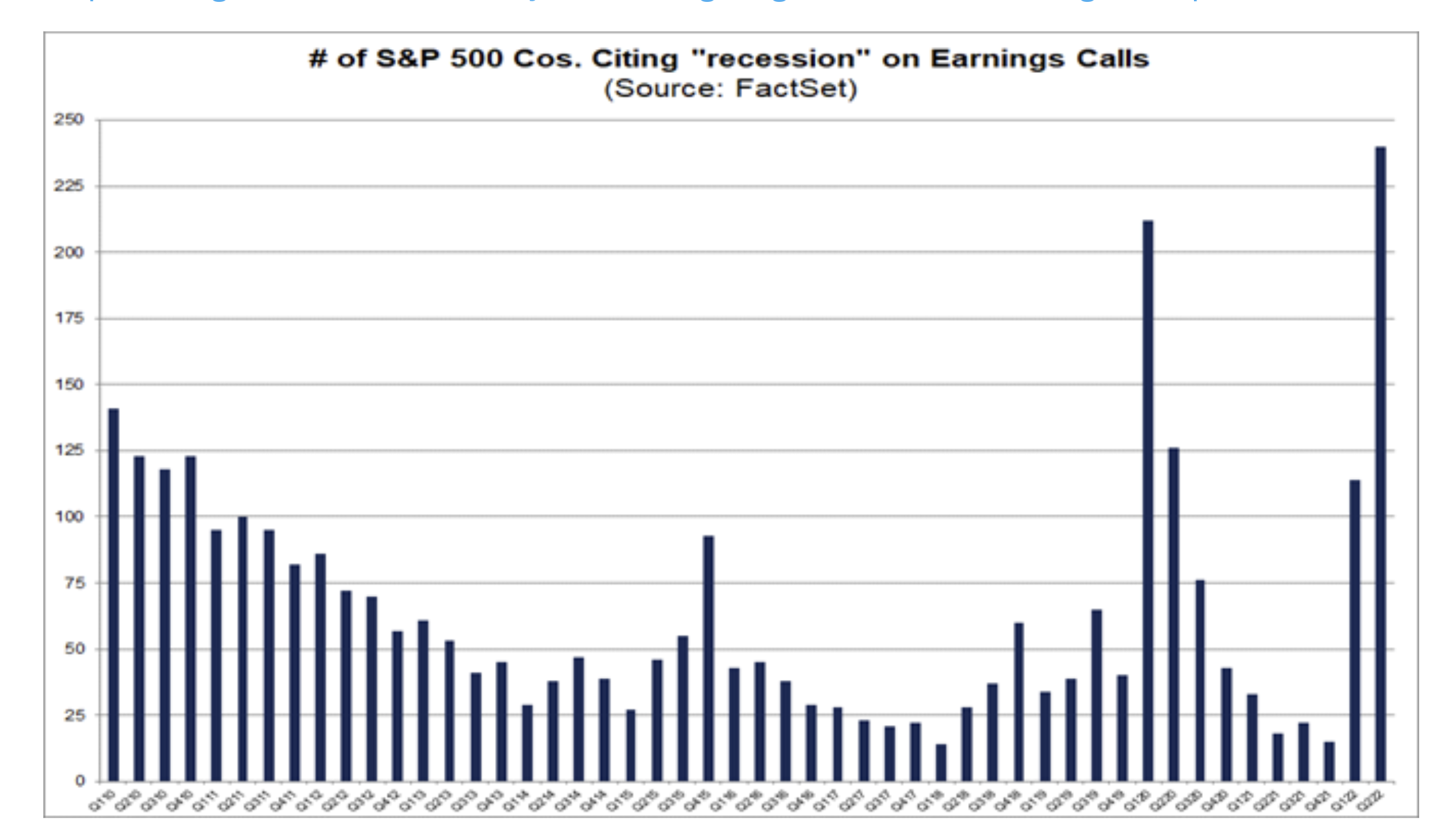