The US economy shrunk by annualized 0.9% after contracted in the first quarter of 2022. Historically recessions are measured by falling real GDP in two consecutive quarters. However National Bureau of Economic Research defines a recession as a significant decline in economic activity spread across the economy for more than a few months. It’s Business Cycle Dating Committee considers factors including employment, output, retail sales, and household income—and it usually doesn’t make a recession determination until long after the fact.

Other significant factors influencing the economy are the robust employment levels, where unemployment stayed at a historically lower rate of 3.6%, and consumer spending is strong. That stands in contrast to the slowing pace of economic output and inflation trending at a four-decade high prompted Fed to raise the federal fund rate to a range between 2.25% to 2.5%. 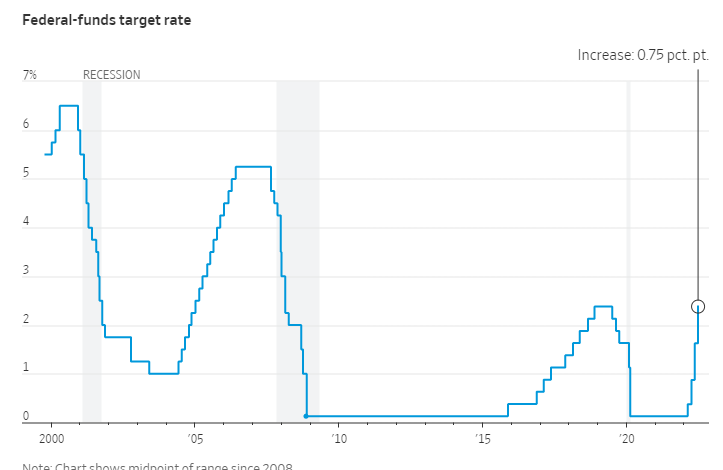