Inflation cooled more than expected in November, raising hope that the Federal Reserve will be able to ease back on the series of aggressive interest-rate increases it has rolled out this year as it seeks to get prices under control.

The consumer price index climbed at a 7.1% annual pace in November, down from October’s 7.7% climb and below economists’ expectations of a 7.3% increase. The yearly increase was the lowest since December 2021, when it came in at 7.0%. The inflation rate has now declined for five consecutive months from 9.1% in June, which marked this year’s peak and was the most significant 12-month increase since November 1981.

On a monthly basis, prices increased 0.1% in November from the previous month, while economists anticipated a 0.3% gain.

Core CPI, which excludes volatile energy and food prices, rose 6% in November from a year ago, easing from a 6.3% gain in October. September’s 6.6% increase was the most significant jump since August 1982.

Prices softened significantly on a month-to-month basis. The CPI increased 0.1% in November from the prior month, compared with 0.4% in October. Core CPI rose 0.2% in November, down from 0.3% in October and 0.6% in August and September. The CPI measures what consumers pay for goods and services.

The CPI report was sprinkled with encouraging news. Costs were down 2.9 percent for used cars and trucks, the fifth consecutive drop for that category. Prices for new cars were flat. Airfares were down 3 percent over the month after falling 1.1 percent in October. Health-related costs, like hospital services and prescription drugs, also fell.
Food costs, a significant burden on families nationwide, were up 0.5 percent, but that was the slowest rate of increase in months.

The CPI report found that the cost of housing — specifically, rent — was by far the largest contributor to inflation last month, offsetting decreases in gas, electricity, and other energy prices. Rent rose 0.8 percent over October, up slightly from the month before, and it remains a major sticking point even though the broader housing market is already cooling down. Economists and Fed officials are fixated on rent since that makes up a significant share of the consumer price index. They must come down to get overall inflation back to normal levels.

The disturbing reality is that the inflation picture has zigged and zagged in many directions this year. In some months, data came in worse than expected. Others brought a fleeting burst of good news. So for officials at the Fed to know if their onslaught of rate hikes is working, they need to see months of steady progress — even if it means causing a recession to get there. 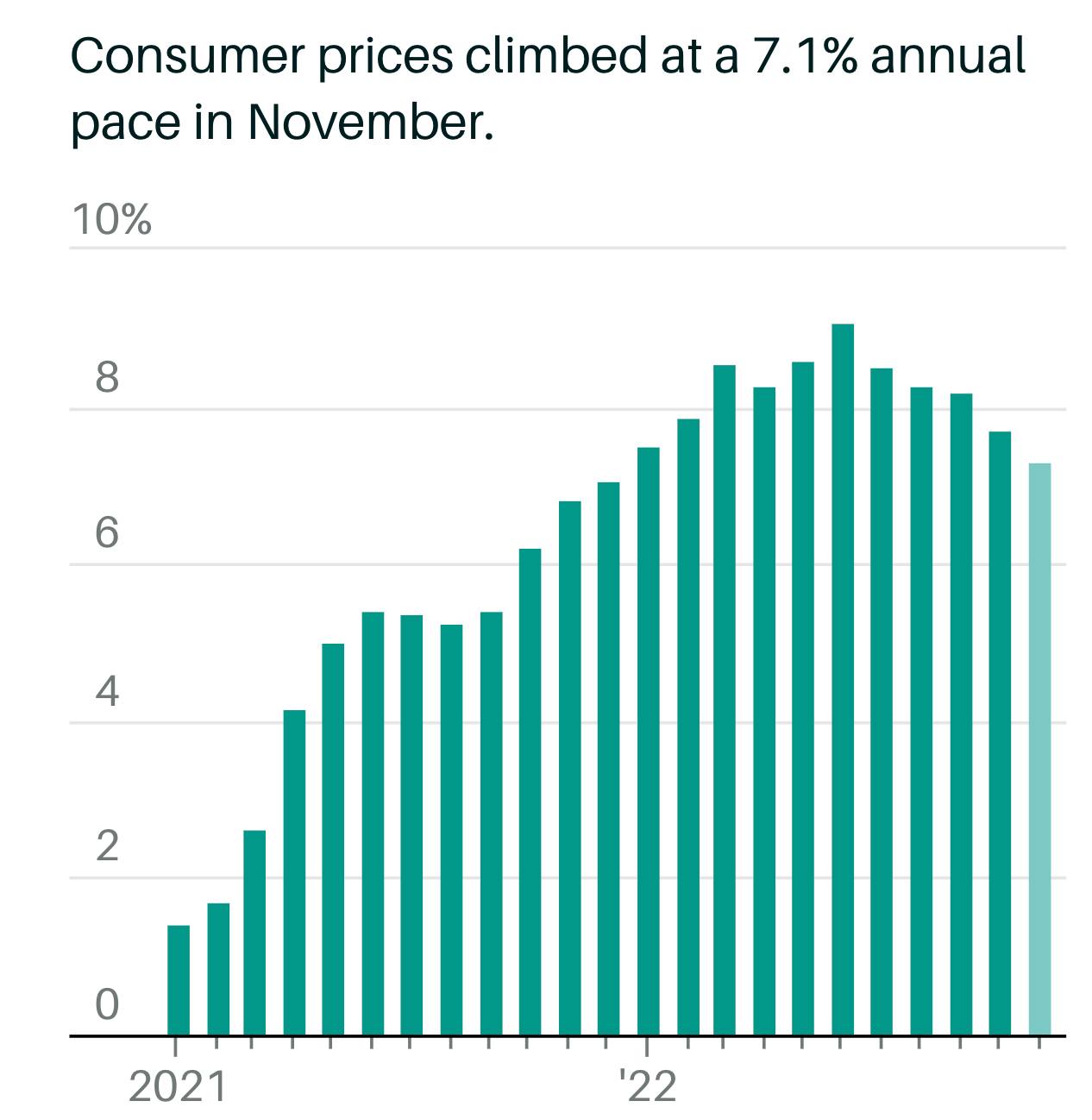